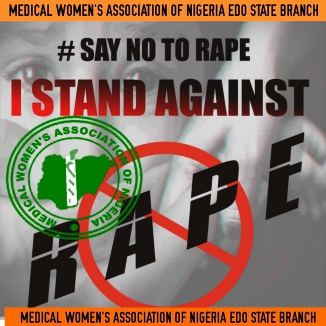 The Medical Women’s Association of Nigeria (MWAN), Edo state has decried the news of the rape and subsequent murder of Miss Vera Omozuwa.

The victim was a 100 level Microbiology student of the University of Benin(UNIBEN) before her travail.

Dr Adesuwa Urhoghide-Edigin, President of MWAN Edo, in a statement described the incident as

In the statement made available to newsmen on Monday in Benin, Dr Edigin said the actions were

condemnable and should not be condoned by any society.

She expressed her disbelief and utter displeasure of the rape incidence and death of the 23 year old girl.

“MWAN strongly condemns what happened to Uwaila and any other girl child that has gone through this devilish acts of unkind beings”.

“This case has been reported to our National Association and is already receiving the expected actions”.